Nate Diaz is an enigma that, apart from his elder brother Nick, very few people can decode. The Stockton native is a savage, plays by his own rules, and despite being at the center of a ton of controversies, is one of the most adulated MMA fighters in the industry.

Despite never winning a UFC title, Nate Diaz is still considered one of the scariest opponents to have. He doesn’t believe that fighting can be a business and calls it war. The ‘Stockton Slapper’ lives by the philosophy – “kill or be killed” – and is a once-in-a-lifetime phenomenon in the sport.

In this article, we look at three kick-ass facts about Nate Diaz that every fan needs to know.

Nate Diaz is known for having one of the toughest cardio routines in MMA. His endurance enables him to go on and on despite how much he bleeds or how many times he is knocked down. Nate’s chin is considered one of the hardest in the sport, a fact even endorsed by his arch-rival Conor McGregor.

However, when it comes to his nutrition, Nate Diaz is surprisingly one of the very few MMA fighters who follow a largely vegan diet. But the ‘Stockton Slugger’ does have eggs and fish occasionally, which technically makes him a pescatarian.

“Conor McGregor got his ass kicked by a vegan”

Nate Diaz explained how he arrived at being a vegan, telling Men’s Journal–

“I stopped eating dairy when I was about 17 for a fight. And about a month went by that I didn’t eat cheese or milk, and then after the fight was done I got a big bowl of Fettuccine Alfredo, and I was like, ‘Finally, I get to eat what I want.’ Then I went home and was sick and had a headache and was in and out of the bathroom for a week. That shit really messed me up. So after that cleared up, I was like, ‘OK, I don’t need that anymore.’ I felt better and realized I work better without that stuff.”

The Diaz brothers grew up in a poor household in Stockton, California. It was older brother, Nick, who had an inclination towards MMA before starting to train in jiu-jitsu . Meanwhile, Nate Diaz wasn’t as interested in training and would just tag along with his brother when bored.

“That was actually the main reason I wanted to go train. I didn’t have any money. At home we didn’t have s**t. I was starving all day. So if I went to train I’d get something to eat. Sometimes I’d be sitting at home and it was like, ‘well, if I go train with Nick I’ll get something to eat afterwards. If I don’t, I’ll just sit here and be hungry.’ I was going for burritos and dinner, and hey, I wanted dinner every day. Before I knew it I was a blue belt.” 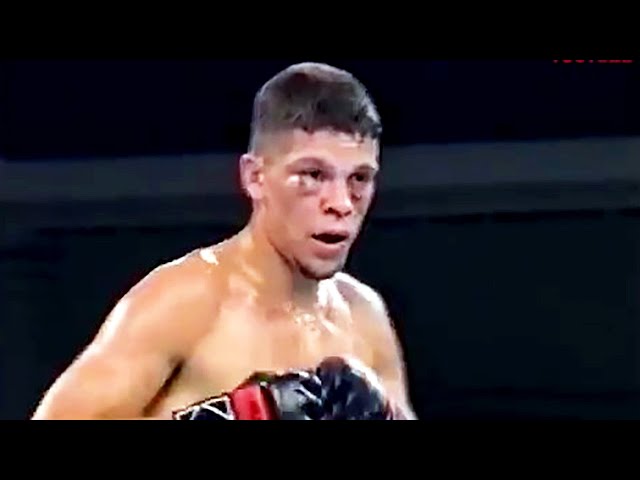 Until some time ago, the UFC had stringent policies for marijuana and CBD consumption. Interestingly, marijuana consumption was something the Diaz brothers were known for. Nate Diaz’s older brother, Nick, was slapped with a five-year suspension and a $165,000 fine after testing positive for marijuana after his fight against Anderson Silva in 2015. Nate Diaz took it upon himself to bring the issue into the spotlight despite facing a risk of suspension himself.

When Nate lost his rematch against Conor McGregor at UFC 202, he sparked a major controversy by smoking CBD at the post-fight conference. Diaz’s fans were concerned about whether the Stockton native would face similar consequences to that of his brother. 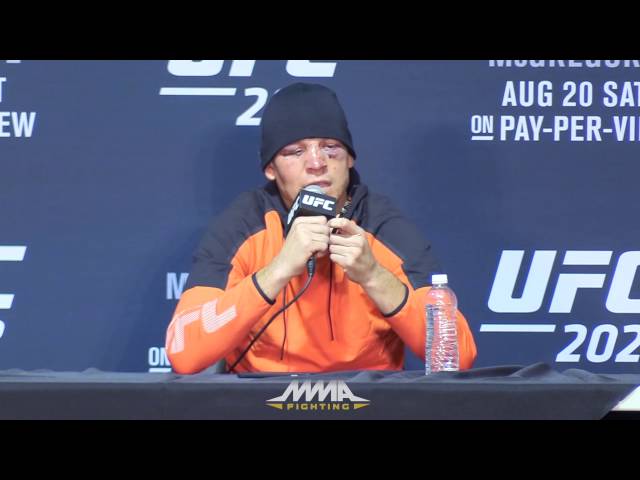 However, Nate Diaz’s gesture largely revolutionized the sports industry. Curiously, there was a tacit acceptance of CBD and marijuana in the UFC. Not long after, marijuana stopped being a banned substance in the organization.

To the Diaz brothers’ relief, the UFC is now sponsored by Aurora Cannabis, a company that produces and endorses medical usage of CBD and marijuana. Nate Diaz is now seen at every press conference, UFC event, and media day with a marijuana joint in his mouth.