Chronic obstructive pulmonary disease (COPD) may not be the most familiar sounding name for a health condition. And yet, it’s the third most common cause of death by disease in the United States.

More than 15.3 million Americans suffer from COPD, a disease that often leads to a lowered quality of life and shortened lifespan.

While doctors admit there’s no cure for COPD, researchers are investigating an array of treatment methods that can help patients manage symptoms and deal with the lifestyle changes caused by the disease.

In recent years, CBD has gained a lot of attention as a highly versatile compound capable of alleviating many health problems. In this article, we discuss the current state of scientific research on the link between CBD and COPD.

Before that, I’d like you to take a look at my recommendations for the best CBD oil brands as of right now.

Then we’ll dig deeper into the potential benefits of CBD oil for COPD.

COPD is an acronym for chronic obstructive pulmonary disease. This is a progressive lung disease that makes breathing increasingly difficult for patients over time.

COPD causes inflammation in the lungs, leading to their thickening. It also compromises the oxygen exchange in the tissue. This results in reduced airflow in and out of the lungs, delivering less oxygen to the lung tissues and causing problems with removing carbon dioxide.

Breathing difficulties are one of the most common symptoms of COPD. They can make it challenging for sufferers to stay active, work efficiently, and live a normal life.

Excessive exposure to irritants that harm the lungs and airways is the leading cause of COPD. Smoking is the most common type of irritant, so tobacco smokers are exposed to a higher risk of developing COPD.

However, nonsmokers can suffer from this disease, too. There are additional triggers coming into play, such as secondhand smoke, toxins, or other contaminants in the workplace, radiation, air pollution, and a rare genetic mutation called alpha-1 antitrypsin deficiency.

Untreated COPD can have serious side effects, including lung infections resulting from low levels of oxygen in the blood.

How is COPD Diagnosed?

Overall, there are several symptoms indicating that you may have COPD.

If you experience any of these symptoms, you should follow-up with a doctor:

Another way to determine if a person has COPD is to go through lung function tests.

Lung function testing is called spirometry. This is a simple breathing test that may be able to tell if you have COPD and define its stage.

You take a deep breath and blow hard into a tube, which is attached to a machine called a spirometer. Then you inhale medicine that opens your airways — and blow the tube again.

The test will show you:

The doctor will use these results to create a third number that tells you how your lungs are functioning. If the number is below 70%, you have COPD.

There are also several other tests that look deeper into different types and stages of this condition: 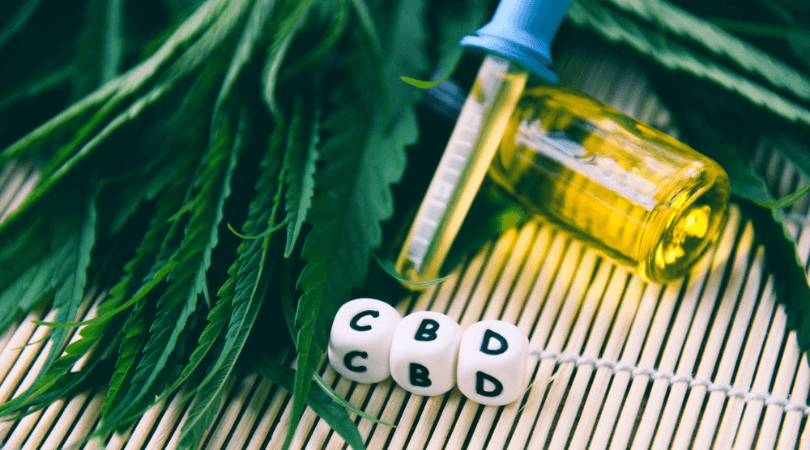 How Could CBD Benefit People With COPD?

If you’ve been diagnosed with COPD, treatment will be a long and progressive process based on individual factors. Many people use oxygen therapy during the early stages of COPD to slow down the progress of the disease. More severe cases may call for surgical interventions, such as lung transplants.

Doctors and researchers are constantly searching for new options to treat this complex condition. If you’re a COPD patient and haven’t found relief in traditional treatment options, you might be wondering about new alternatives — like a COPD treatment with CBD oil.

CBD has been studied for its anti-inflammatory effects and its efficacy as a bronchodilator. Both of these effects indicate that CBD may alleviate some of the symptoms of COPD.

1. CBD as a Bronchodilator

These properties have been explored when researchers were searching for new treatments for asthma. However, the bronchodilatory effects of CBD could bring similar relief to patients experiencing acute COPD symptoms.

By improving airflow, CBD could help COPD patients avoid low levels of oxygen in the blood and the shortness of breath they struggle with. This, in turn, could slow the progress of the disease and diminish the harshness of its side effects.

2. CBD as an Anti-Inflammatory

Medical researchers have been exploring the potent anti-inflammatory properties of CBD since 2009. Recently, a 2014 trial showed that CBD could improve lung function and reduce inflammation in animal models.

Scientists in the 2014 study stated that “The present and previous data suggest that in the future, cannabidiol might become a useful therapeutic tool for the attenuation and treatment of inflammatory lung diseases,” suggesting that CBD could be an effective treatment for COPD.

There’s no one-size-fits-all dosage for CBD, and you’ll likely have to go through some trial and error until you find the dose that works for you. Despite the many suggested health benefits of CBD, the FDA doesn’t recognize it as a treatment for other illnesses than epilepsy as of this writing.

Given this, there are no specific dosage guidelines when it comes to using CBD oil for COPD.

So how do you find an effective dose for your symptoms?

This depends on several factors.

For one, you’ll need to mind the consumption method, as different forms of CBD have different absorption rates and bioavailability levels, meaning a CBD capsule will ultimately deliver different amounts of CBD to your system than tinctures.

Along with the right product, you’ll need to consider your weight, metabolism, age, body chemistry, lifestyle, and the severity of your symptoms. They all play an important role in figuring out the best dosage for your needs.

As with any substance you introduce to your body, it’s best to start low and slow to avoid the possible side effects. The most common unwanted reactions to CBD oil include dry mouth, lower blood pressure, sedation, and lightheadedness.

Many experts recommend starting with 1–6 mg of CBD for every 10 pounds of body weight. A lot of CBD brands include their daily dosage recommendations on the packaging, which can also be a good point of reference for most adult consumers.

Before you start taking any CBD product, discuss the use of CBD with your doctor. This will help you find the right dose and ensure there is no risk of complications with other health conditions or medications you may be taking. 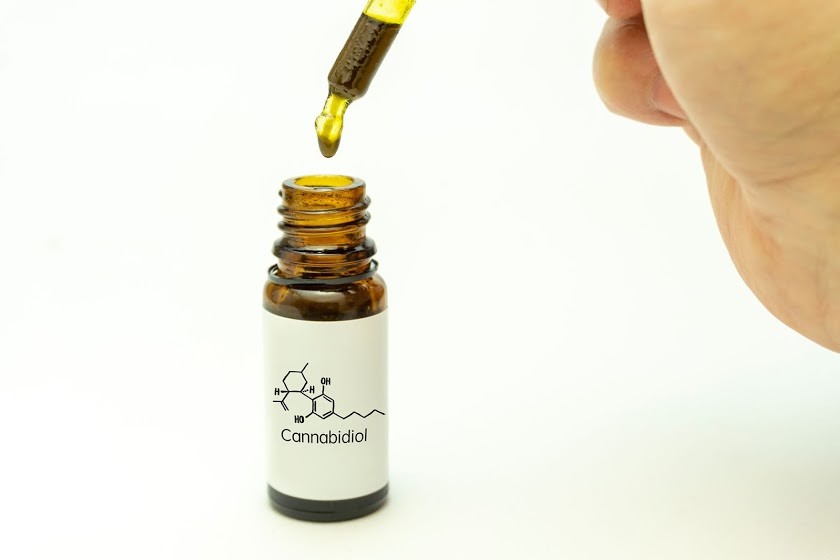 How Are People Using CBD Oil for COPD?

CBD oil comes in many forms. Most commonly, people use this supplement as sublingual drops, capsules, or E-liquids. When you have COPD, you’ll need to ditch one of these options due to the nature of this condition.

There haven’t been many studies investigating the impact of vaporization on lung health. The vast majority of these studies have investigated the safety of vaped versus smoked cannabis when it comes to lung cancer and heart disease, but none of them looked specifically at vaping and the risk of COPD. Given this, it’s better to err on the side of caution and abstain from vaporizing CBD liquids when you have this condition.

You can choose between sublingual CBD drops and capsules. If you…

Read More: CBD Oil for COPD: How to Use This Cannabinoid Oil & Dosage | CFAH