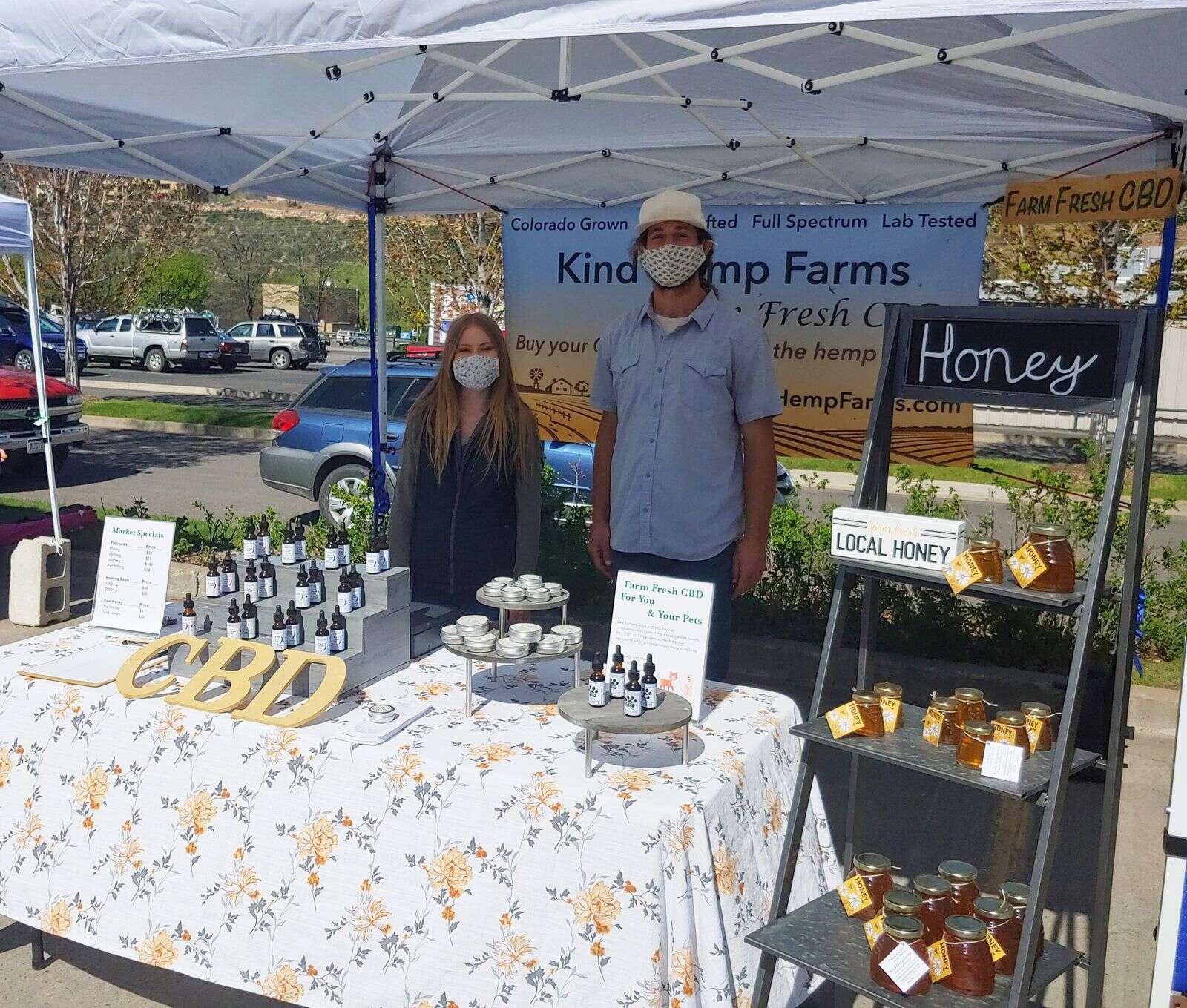 Savannah and Derek MacGuffie, founders of Kind Hemp Farms, sell CBD products and honey from their farm on the Piedra River. They described their regenerative farm as “solar-powered and soil-powered.” (Nick Gonzales/Durango Herald) 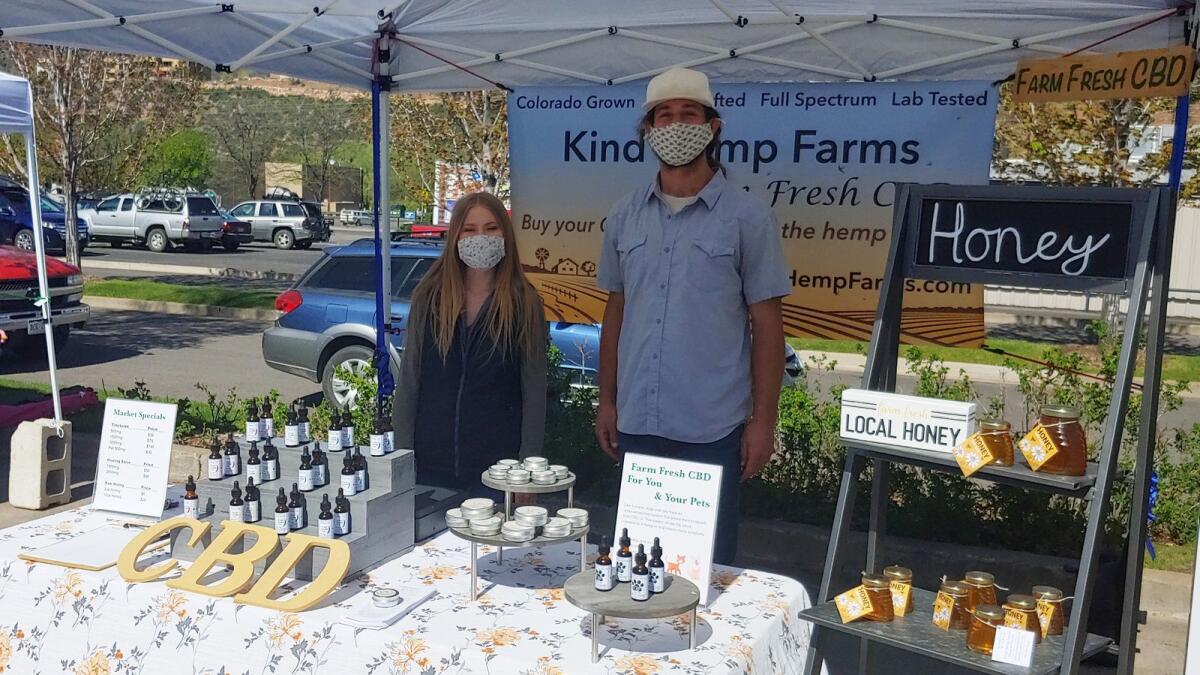 To Derek and Savannah MacGuffie helping the environment is as important as creating quality products. It’s an ethos they have put into practice at Kind Hemp Farms on the Piedra River between Chimney Rock and Navajo Lake.

“It’s a fully-regenerative, renewable farm which is 100% solar-powered,” Derek said. ”We’re focused on building soil … and fighting climate change through storing carbon in the soil.“

He said the regenerative agriculture the farm practices not only helps the environment – using less water, reducing drought and fighting erosion – but helps create cleaner products, such as the CBD items he and his wife sell at the Durango Farmers Market.

“When you grow things organically – you don’t use any synthetic chemicals or pesticides – you’re able to bring out the quality of that product a lot more,” he said.

“We do everything on a small, handcrafted scale,” Savannah added. “We really believe in doing everything from seed to sale.”

Kind Hemp Farm specializes in CBD, selling hemp oils, oral tinctures and salves that provide relief by interacting with the body’s endocannabinoid system, the system of compounds, receptors and enzymes that help the human body maintain homeostasis – and notably bind with some of the chemical compounds found in cannabis plants. The farm’s products range in strength from 500 mg to 3,000 mg and come in a few different flavors, she said.

Humans aren’t the only animals the farm harvests CBD for, though. It also creates hemp oil for cats and dogs, Derek said.

“It’s really amazing to see in a dog because they don’t have a placebo,” he said. “With humans, we sometimes have so much going on in our minds, we don’t really know if it worked. But with a dog, you can see them moving around easier with arthritis in their hips and things like that. They don’t know that they took it, and to see them hop up a little bit quicker and act more like a puppy again, it’s incredible.”

In addition to CBD oils, the MacGuffies harvest another liquid in high demand.

“We also do honey as well,” Savannah said. “That kind of goes in line with creating the biodiversity on the farm, and everything really works together synergistically that way.”