Each year, fashion and beauty brands celebrate Pride Month by rolling out their Pride-themed collections. This year, however, more brands are taking their Pride Month initiatives beyond the rainbow merchandise and making greater efforts to support the LGBTQ community.

Many companies are looking inward for the 2021 Pride Month, focusing on further educating their employees and creating safer and more inclusive spaces for the LGBTQ community. PVH Corp., the parent company behind Calvin Klein and Tommy Hilfiger, for one, is expanding its initiatives to offer year-round education and awareness of the LGBTQ community for its employees. The company will also be sponsoring six Pride events throughout the year and is supporting the Human Rights Campaign Foundation’s Historically Black College and Universities program.

Other brands are making their Pride-themed offerings and donations a year-round initiative, including Happy Socks, which is donating 10 percent of sales from its rainbow-colored socks to InterPride throughout the year, and Pink, which has expanded its offerings for its gender-inclusive Pink for All collection that debuted earlier this year.

Fashion and beauty brands are also continuing their support of major charities and organizations focusing on the LGBTQ community, like GLAAD, the Trevor Project, the Hetrick-Martin Institute and GLSEN, among others.

Here, WWD looks at how some fashion and beauty brands are giving back for Pride Month 2021. 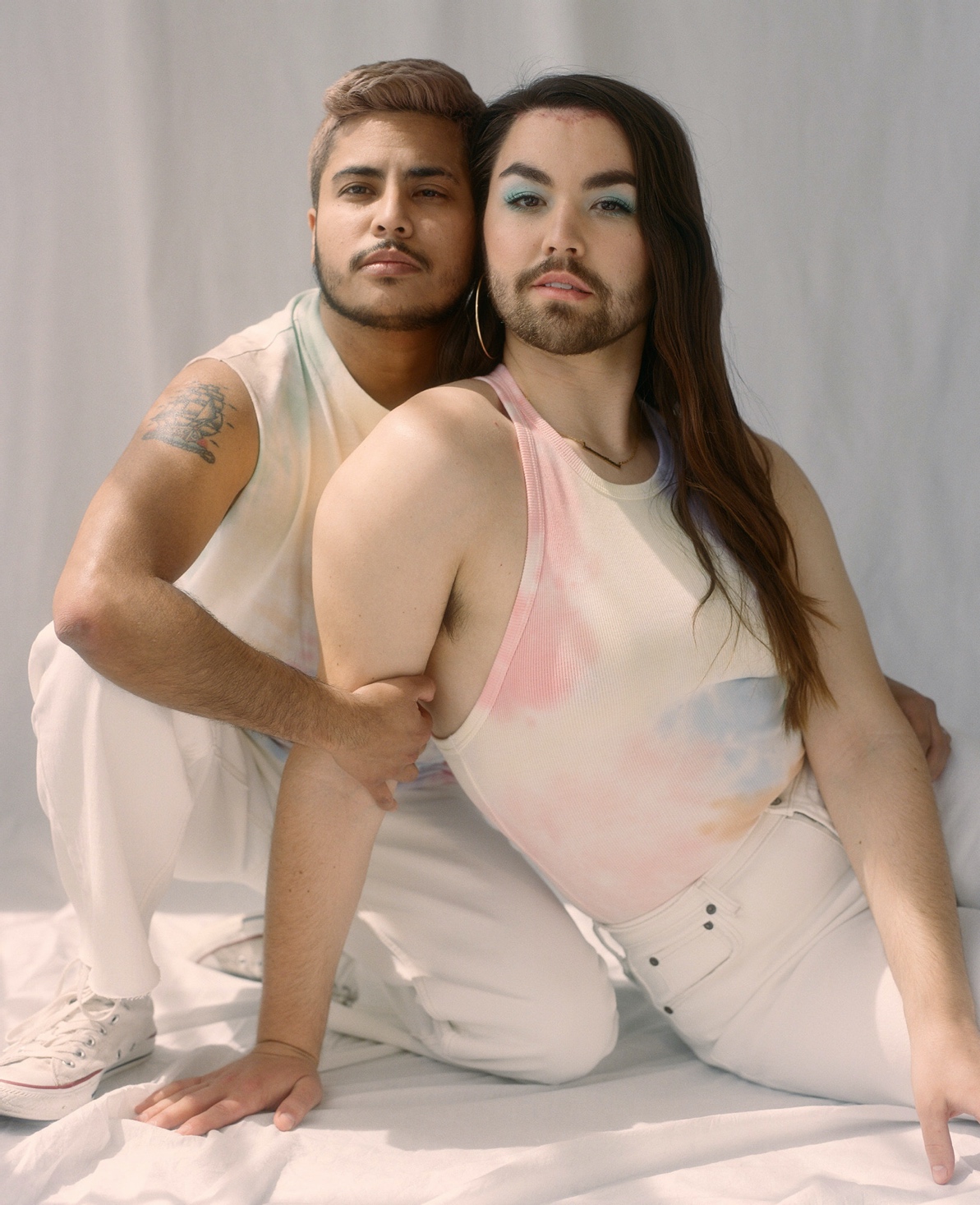 Abercrombie & Fitch is continuing its 11-year partnership with the Trevor Project — an LGBTQ youth suicide prevention organization — with a new Pride collection. The 24-piece collection features T-shirts, hoodies, jackets, shorts and accessories designed in tie-dye, paint splatter and rainbow styles. The collection also includes a Pride-themed version of the brand’s Fierce fragrance. The brand will be donating $200,000 to the Trevor Project through the collection. 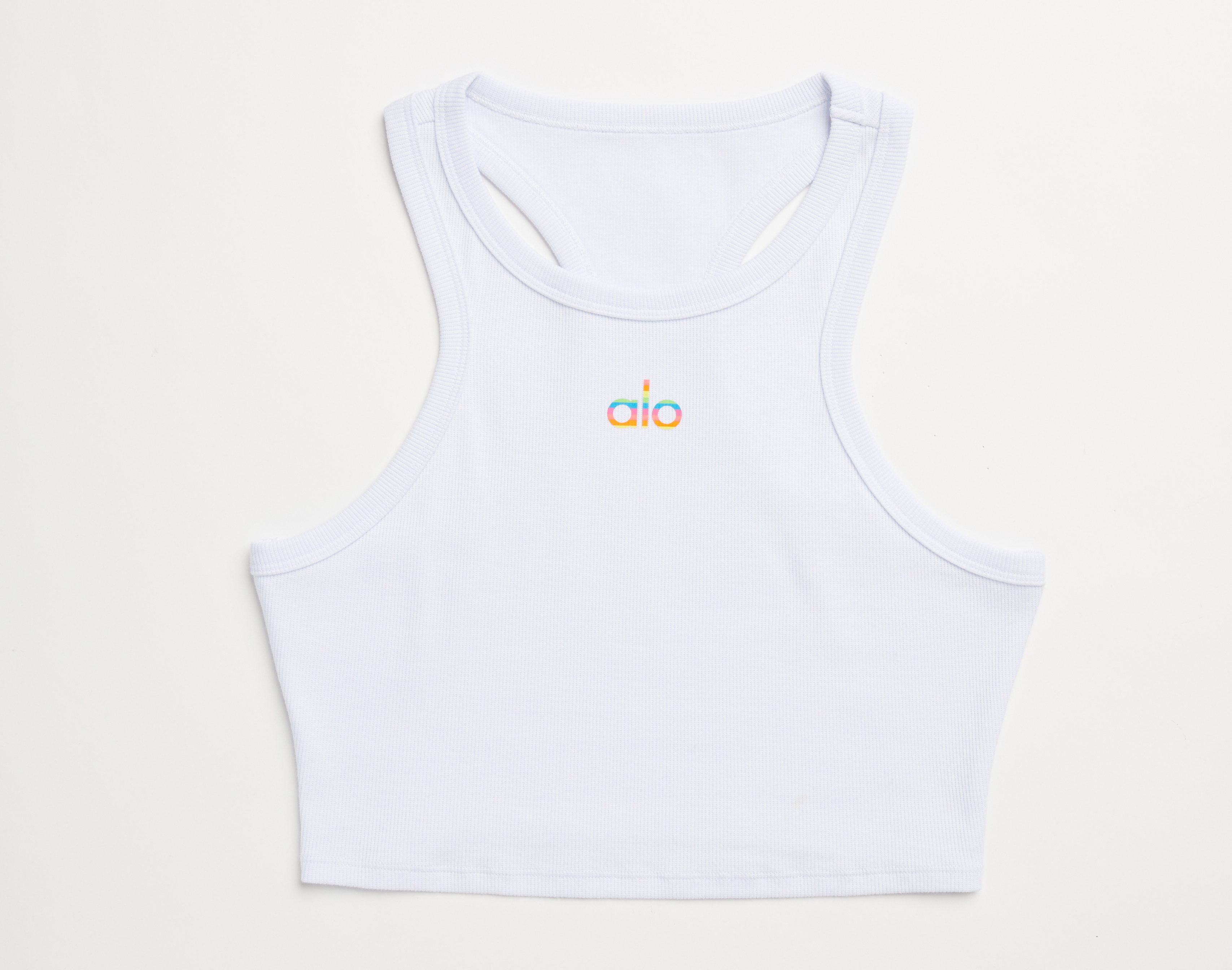 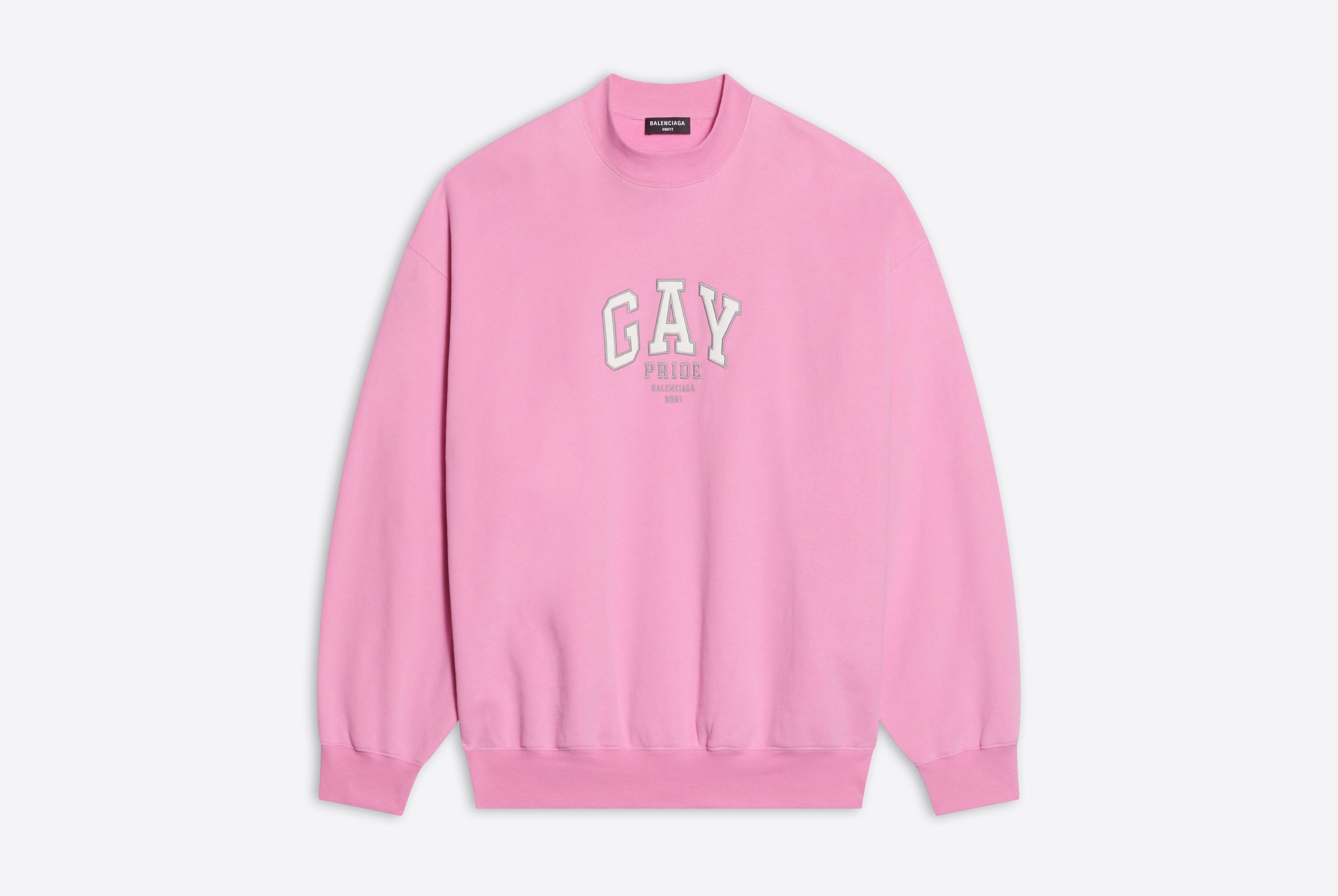 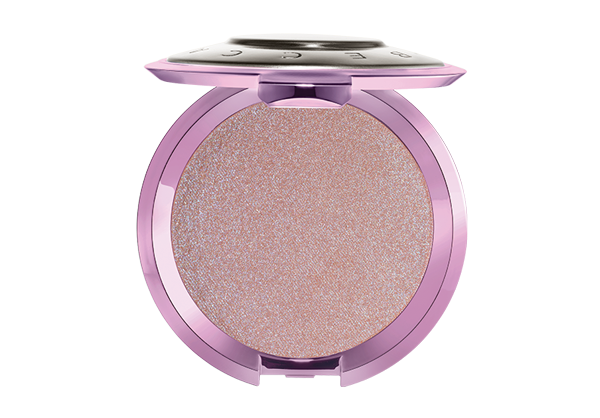 Becca Cosmetics is releasing its last product launch for Pride Month before the brand shutters in September. The brand is releasing a special-edition shade of its best-selling Shimmering Skin Perfector highlighter exclusively on its website for $38. Becca Cosmetics is donating $50,000 through sales to the Trevor Project. 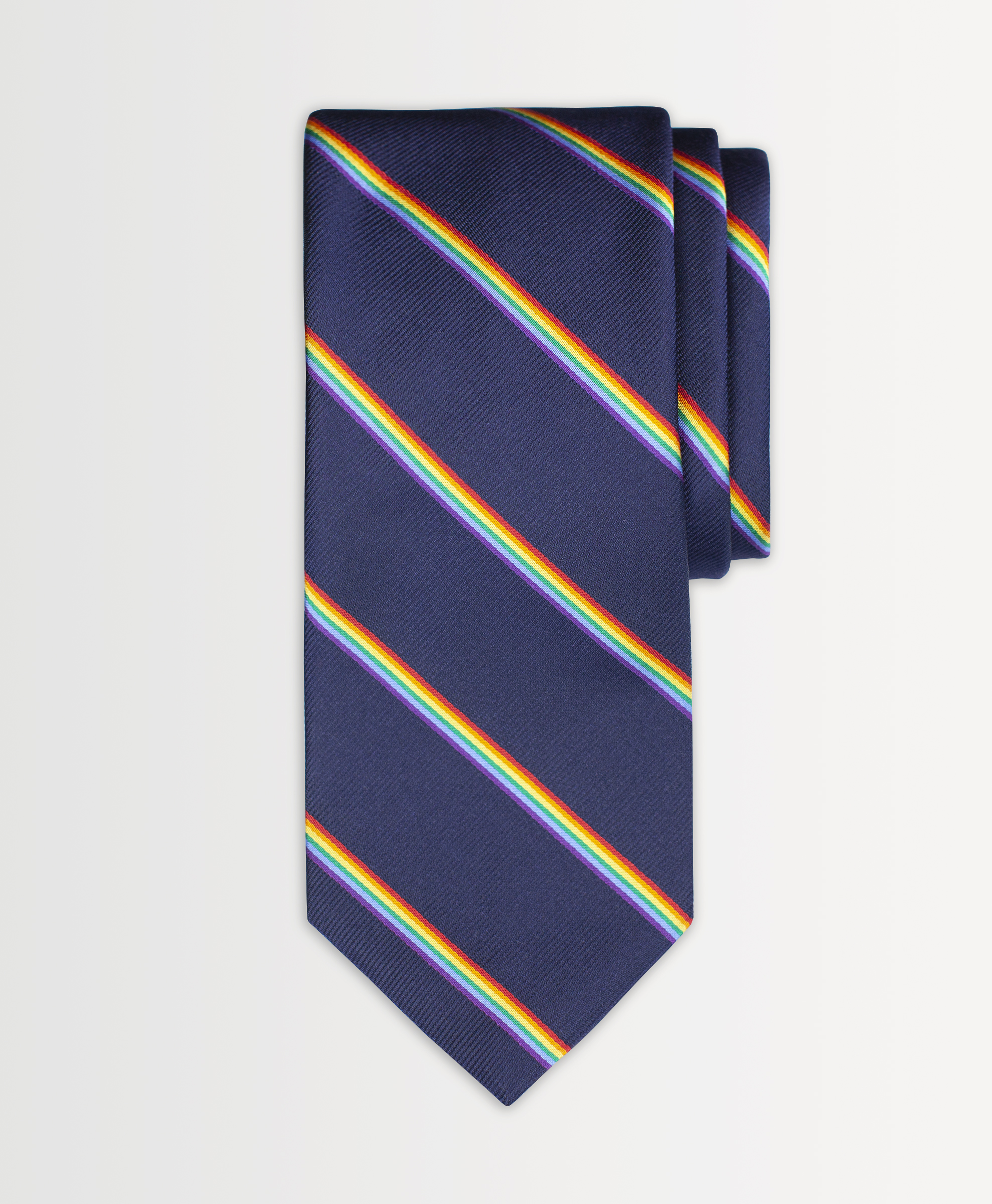 Brooks Brothers is teaming with GLSEN — an organization that works to end discrimination, harassment and bullying based on sexual orientation or gender identity — this Pride Month. The brand is releasing a Pride Month collection with T-shirts, pocket squares and ties with 100 percent of sales going back to the organization. The collection retails for $49.50 to $89.50. 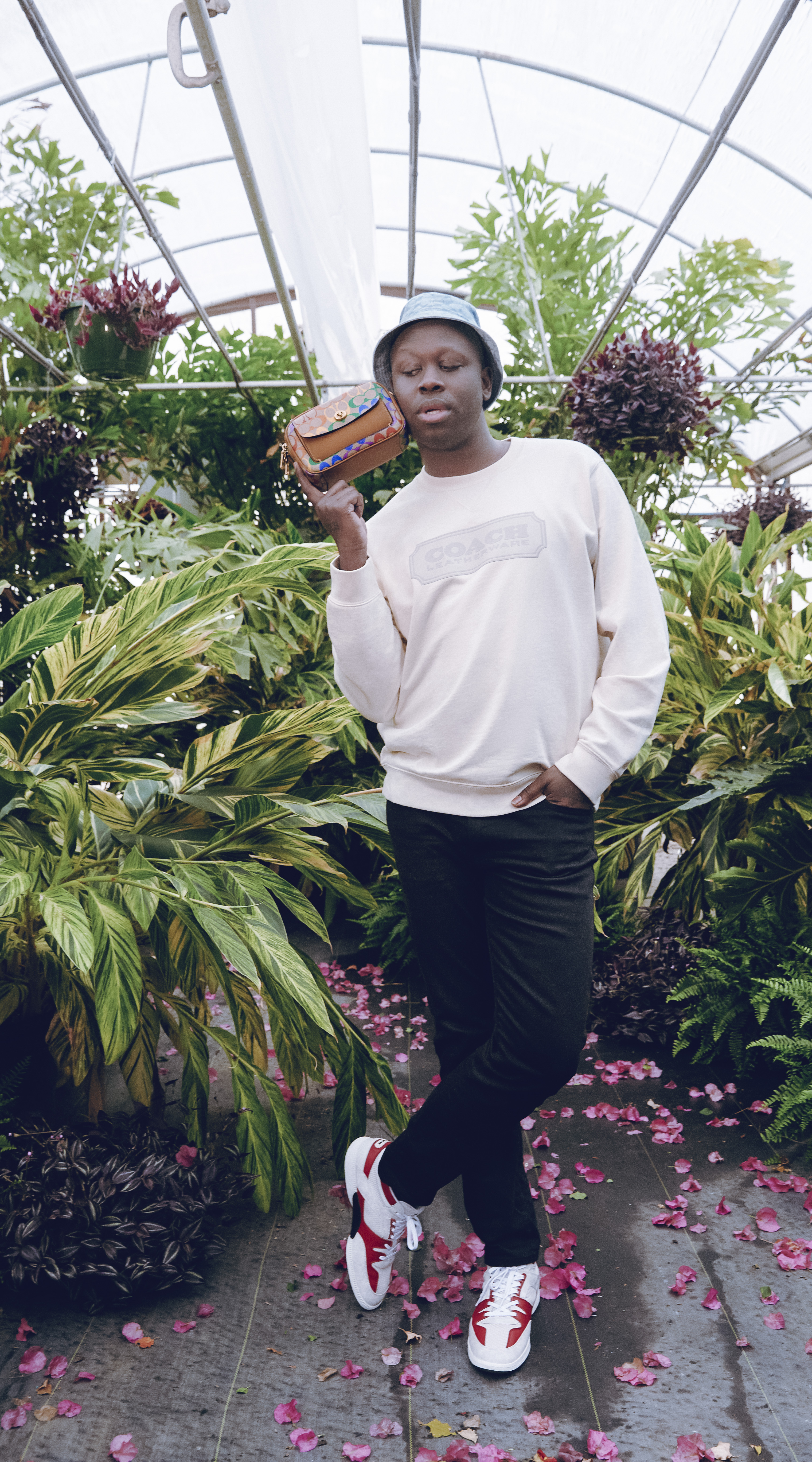 Coach released its “Pride Is Where You Find It” campaign starring the likes of Bob the Drag Queen, Miles Heizer, Jack Mizrahi, Stasha Sanchez and Rina Sawayama, who appear in the campaign video talking about where they find their Pride.

Additionally, the brand is launching a Pride collection of bags, T-shirts and footwear featuring rainbow versions of Coach’s signature patterns. Coach is also donating to organizations like the Hetrick-Martin Institute, the Albert Kennedy Trust, the Point Foundation and the CenterLink Community of LGBTQ Centers. 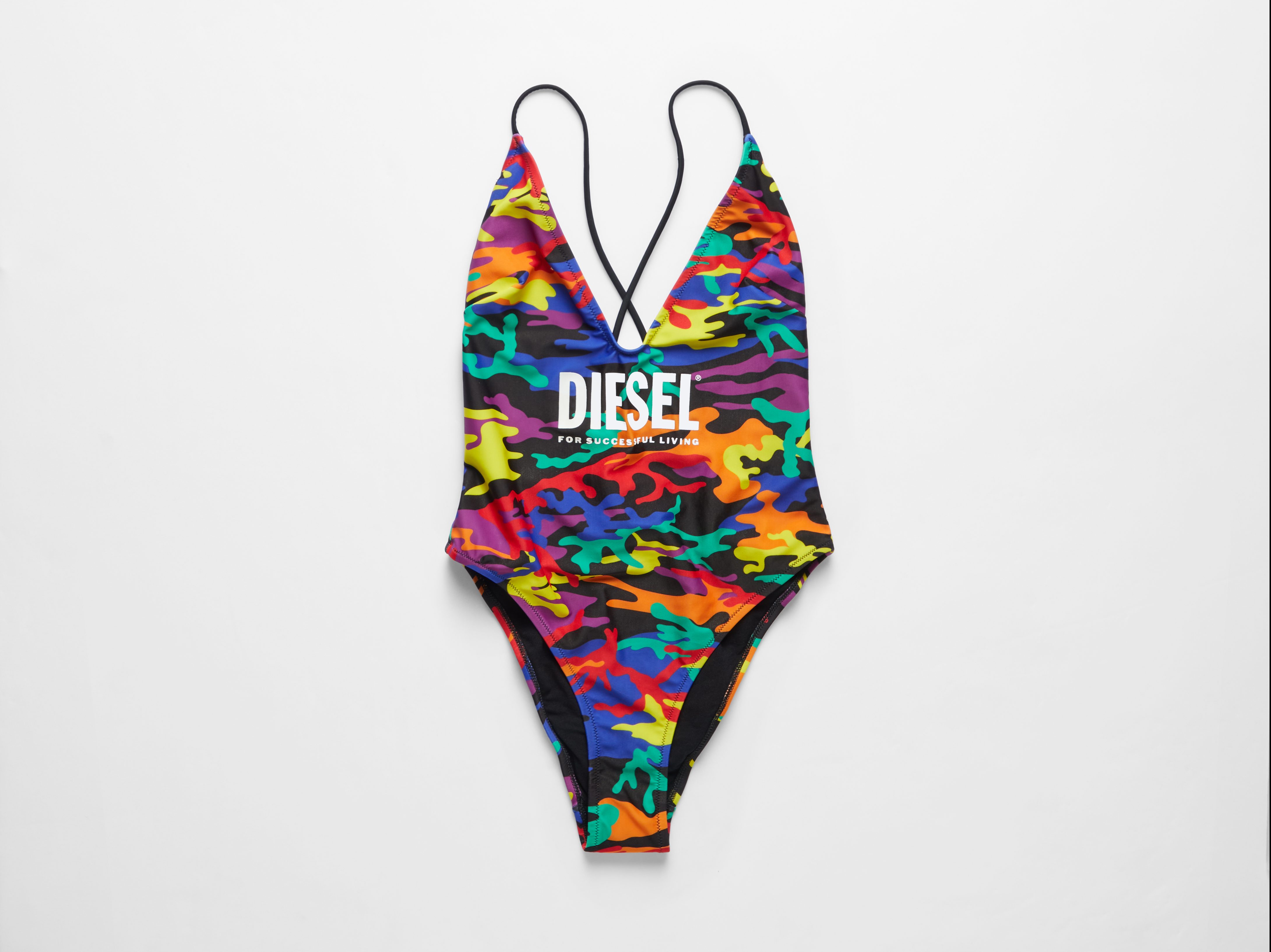 Diesel is re-releasing its Pride collection this year to support Diversity, an Italian-based organization that promotes diversity and inclusion in the workplace. The 20-piece collection includes rainbow-themed swimwear, tank tops, T-shirts, boxers and accessories. 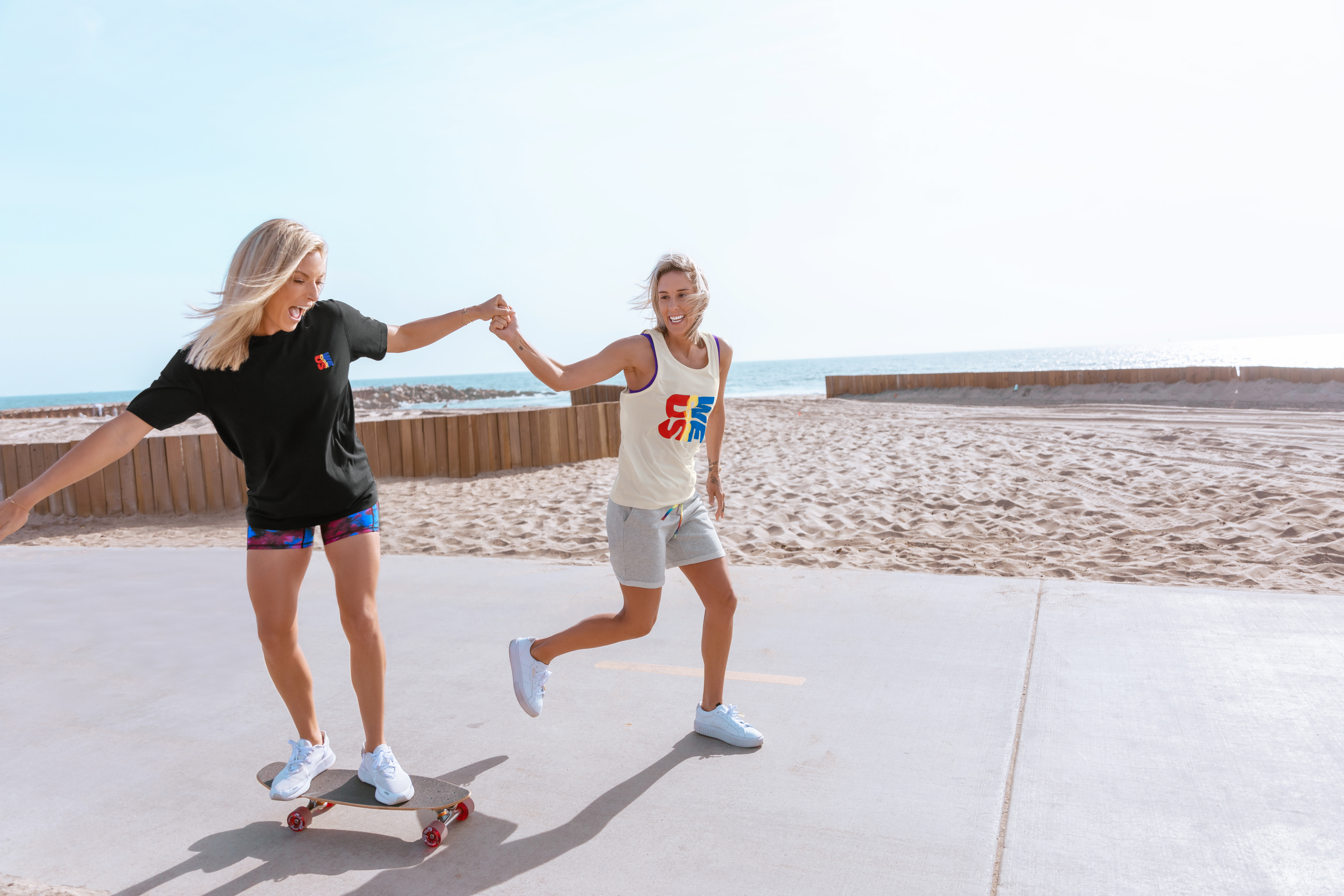 Fabletics’ 2021 Pride Month collection is called “United in Pride.” The 11-piece collection includes apparel in rainbow and tie-dye prints and features messages that express unity and inclusivity. The brand is donating $50,000 from the collection to GLAAD and prices start at $17.95. 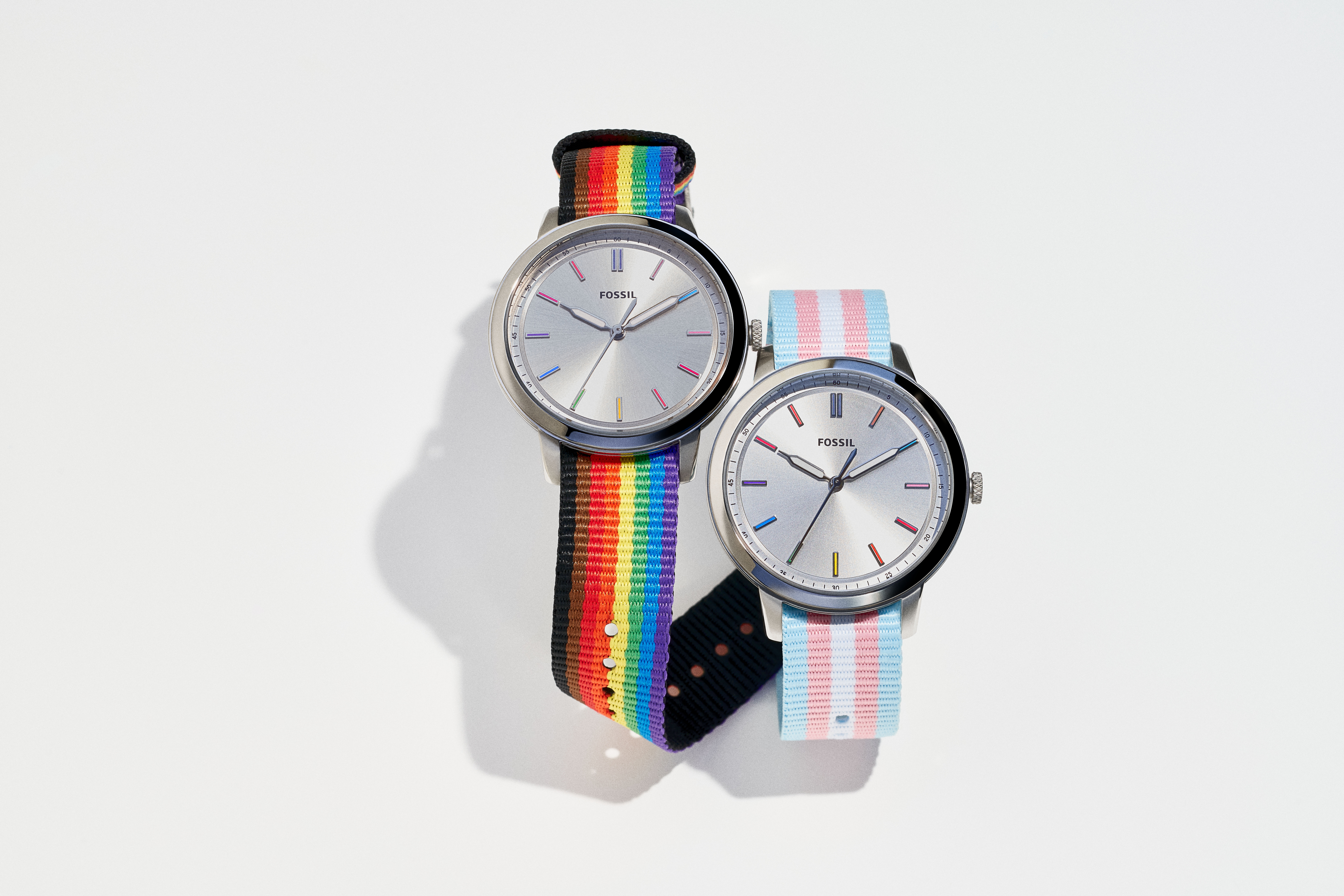 Fossil is releasing 10 Pride-themed watch straps this month, including one in a rainbow colorway and another in a blue, pink and white colorway meant to reflect the colors of the transgender flag. The brand is donating all proceeds from the collection to the Trevor Project with a minimum donation of $25,000. The Pride watch straps retail for $20 and a Pride watch and case retail for $75. 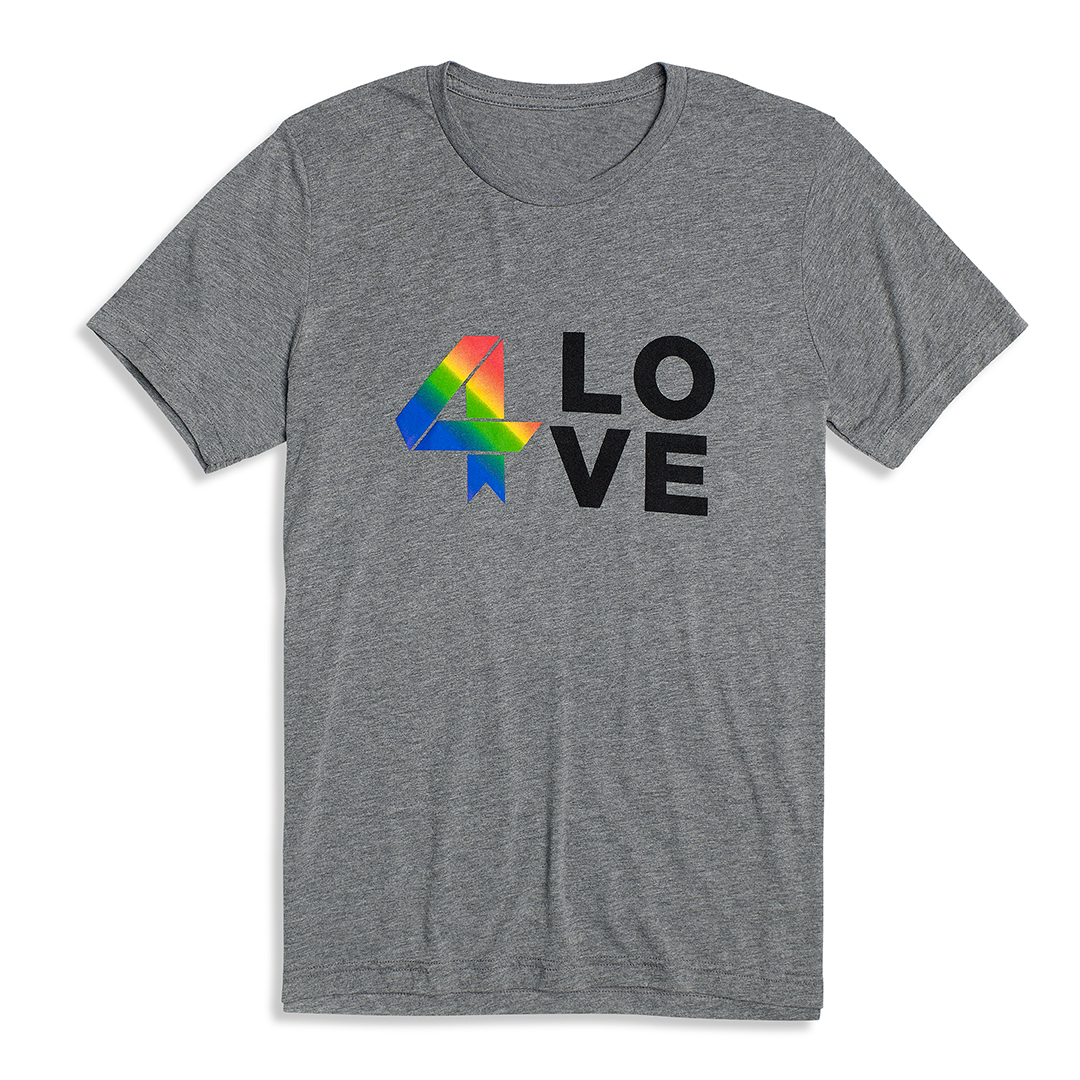 Men’s fashion brand Fourlaps is teaming with the Hetrick-Martin Institute — an LGBTQ youth organization that provides basic needs, health, education and career services — this Pride Month. The brand is donating 100 percent of sales of its “4Love” and “Love Finishes First” T-Shirts to the organization. The shirts retail for $50. 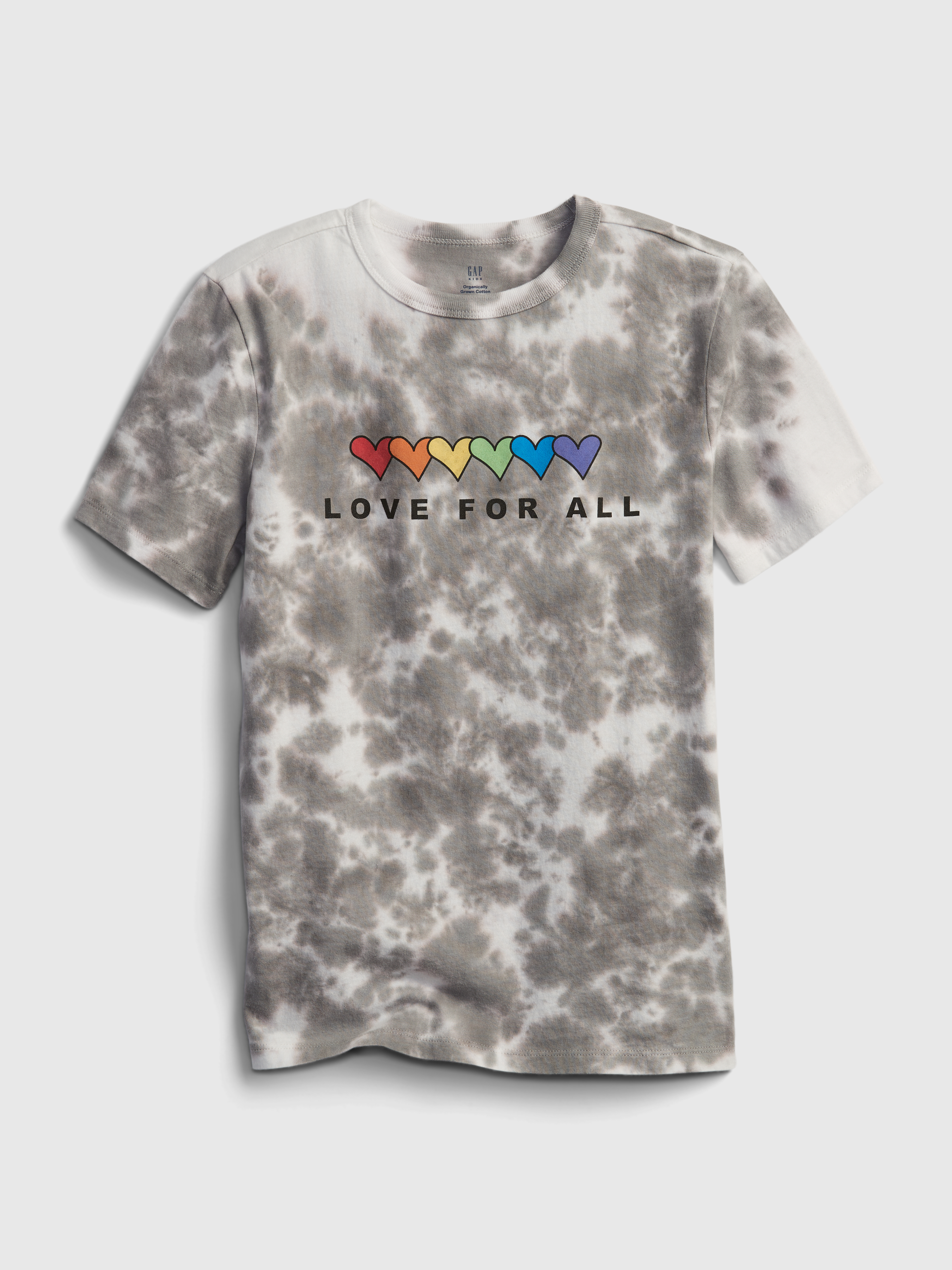 Gap is tapping three employees to design the latest iteration of its Gap Collective line for Pride Month. The collection includes rainbow-designed T-shirts, baseball caps and socks ranging in price from $14.95 to $34.95. Gap is donating $50,000 from the collection to GLAAD. 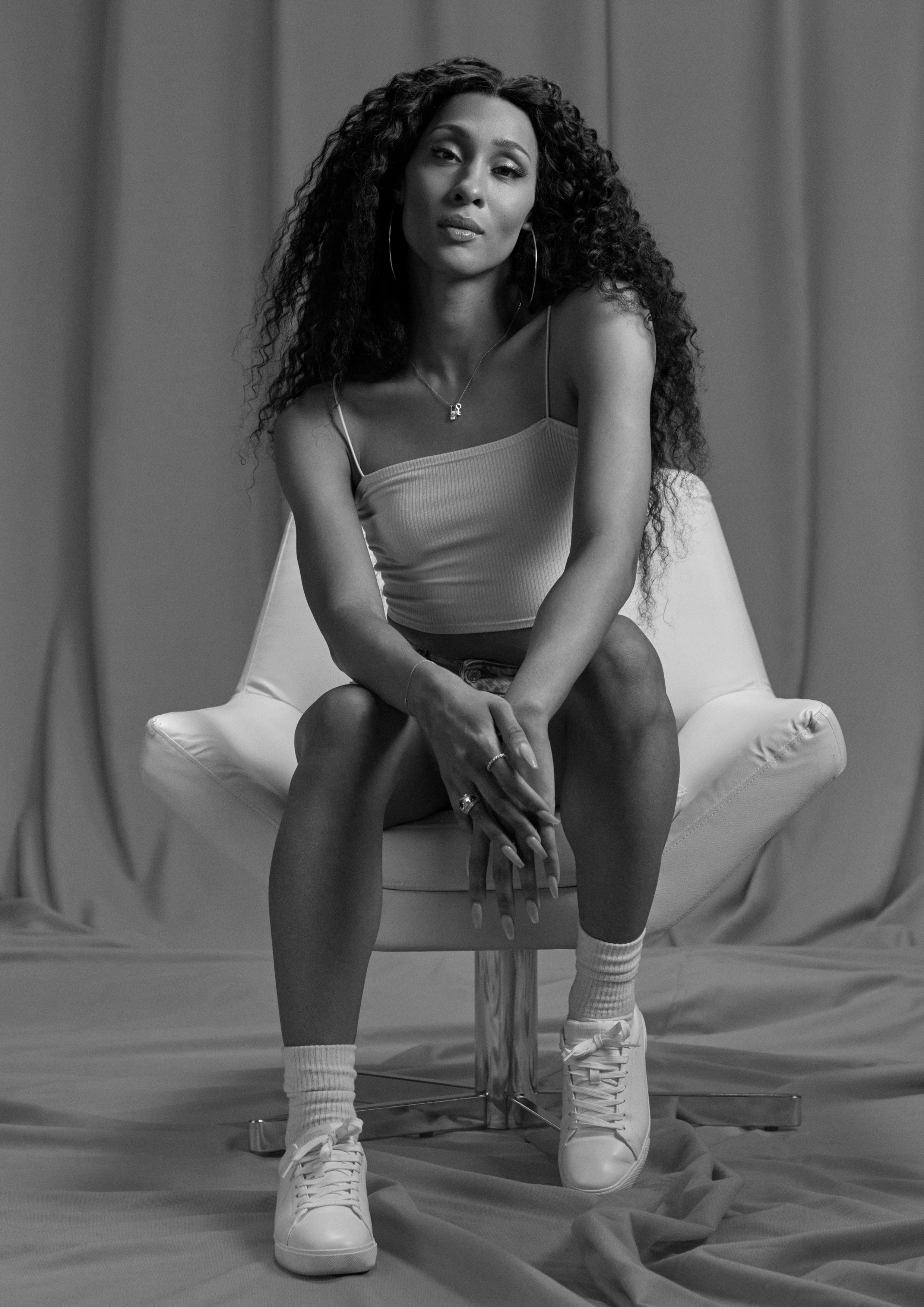 H&M is releasing its “Beyond the Rainbow” campaign for Pride Month. The campaign stars MJ Rodriguez and Chella Man, who tell their personal stories and talk about what Pride means to them. The campaign is meant to inspire others to tell their own stories and support efforts for equality and transparency.

Additionally, the brand is releasing a new app where individuals can scan any rainbow pattern and find stories from the campaign from people in the LGBTQ community. H&M is also participating in a match campaign throughout June where it is matching donations made to the Trevor Project. 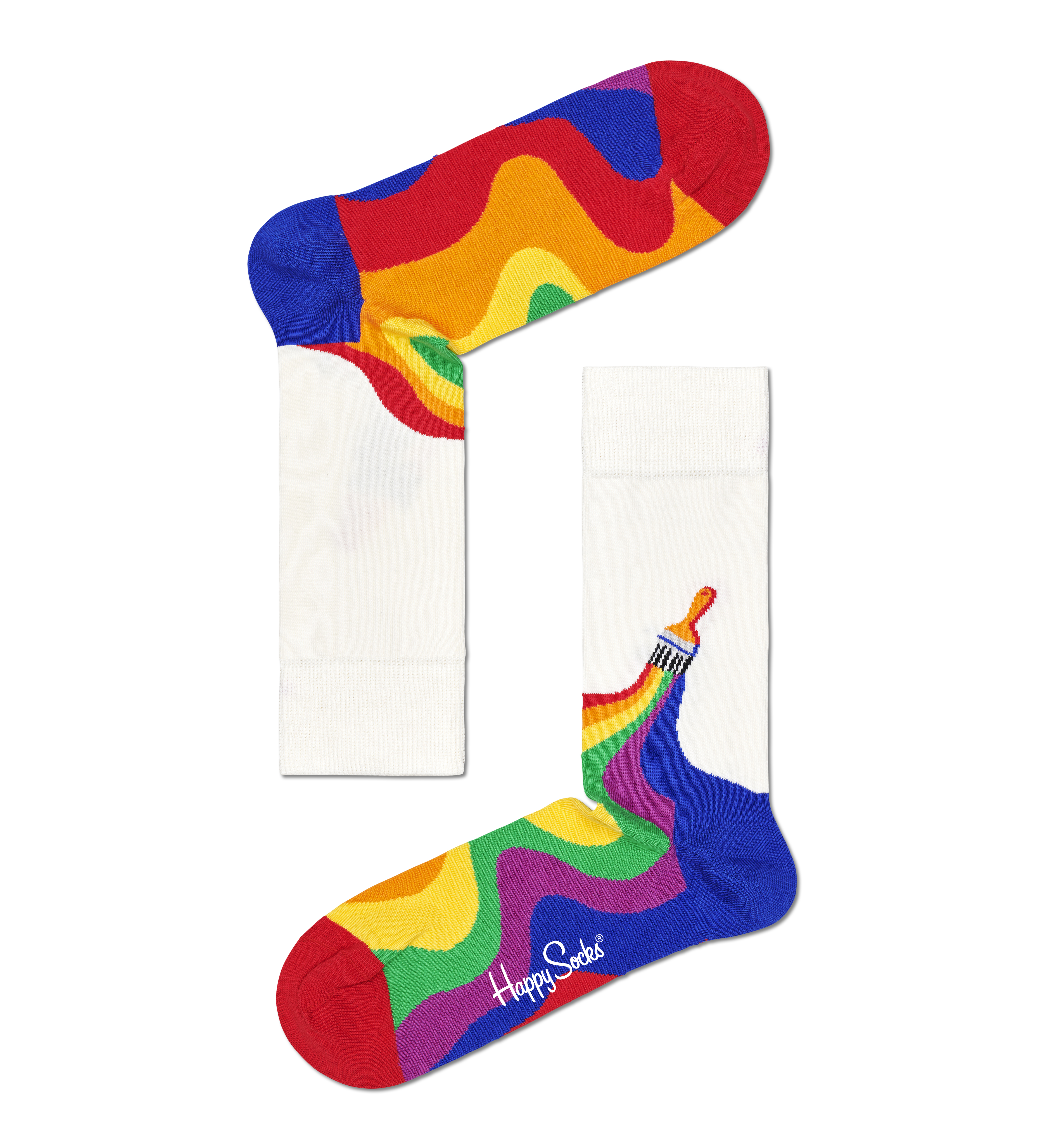 Happy Socks decided against putting together a Pride Month ad campaign this year and instead donated its campaign budget to InterPride, an organization that produces Pride events around the world. The brand has also released four rainbow-colored socks it is selling year-round with 10 percent of profits also going to InterPride. 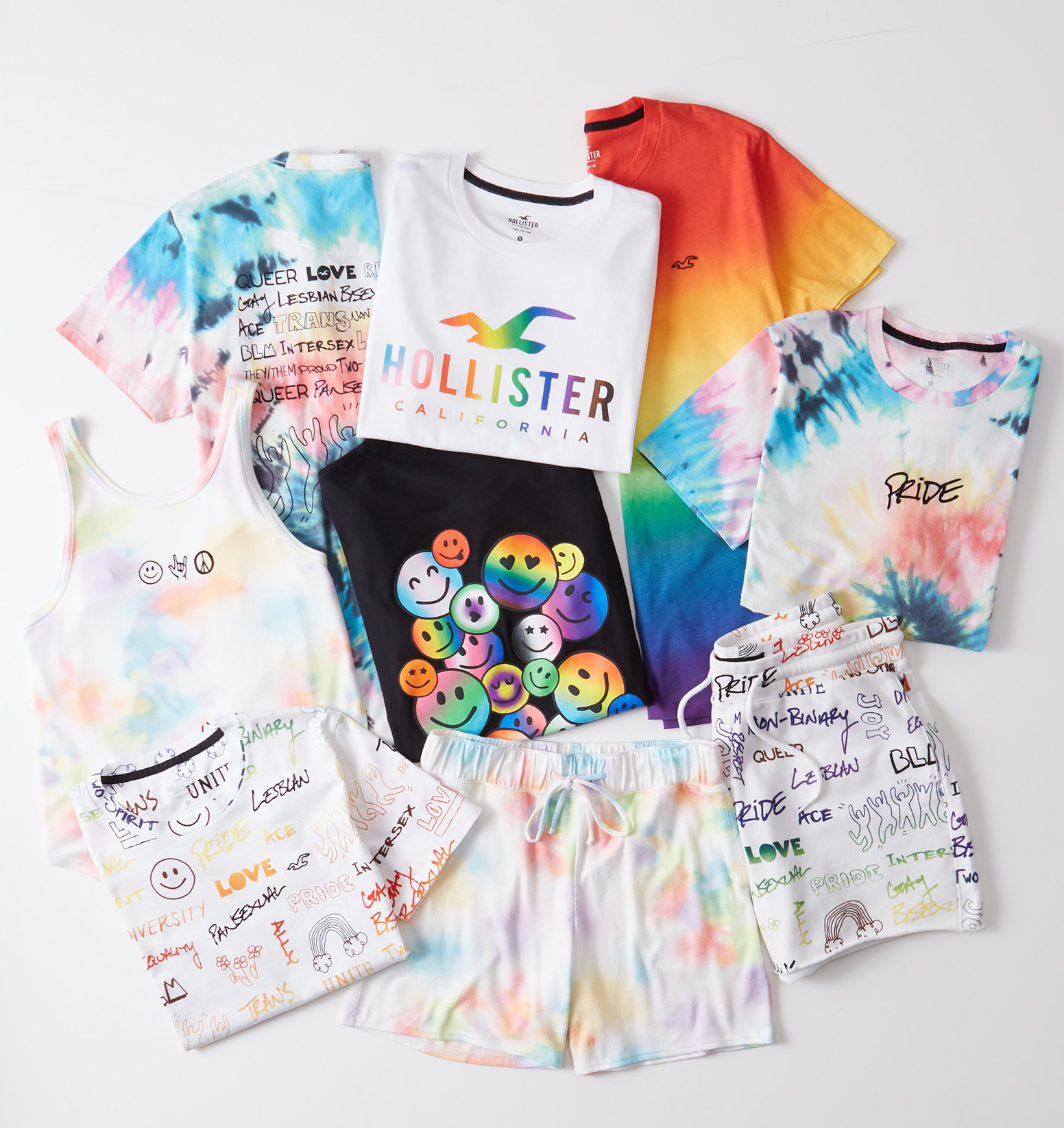 For the fifth year in a row, Hollister is celebrating Pride Month by teaming with GLSEN. The brand is releasing a Pride Month collection co-created with GLSEN’s National Student Council Members, who helped design the 40-piece collection of loungewear, swimwear, apparel and fragrances. The collection ranges in price from $9.95 to $49.95. Hollister is donating $250,000 back to the organization. 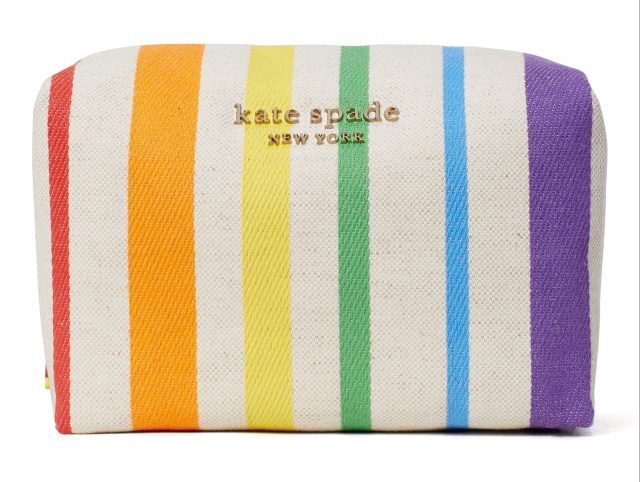 Kate Spade is teaming with the Trevor Project for Pride Month, releasing a…

Read More: How Fashion and Beauty Brands Are Giving Back for Pride Month 2021