Kratom Advocacy and Legality in 2022


Every region of the world has traditional and ceremonial plants and herbs they’ve turned to for centuries. Several of these herbal alternatives fade in popularity as they are replaced with more modern options. However, many remain popular in their regions, and some even attract global attention. Kratom is one such plant enjoying a resurgence in recent years. Its legality varies from one state to the next, but advocates are working to eliminate Kratom prohibition everywhere. In our 4th article with The Weed Blog, we are going to explore Kratom’s legal status as well as advocacy efforts around the plant.

Kratom is a small tree, closely related to the coffee tree. It is indigenous to Southeast Asia and tropical regions of Africa. It’s primarily grown in Thailand and Indonesia, where locals have chewed Kratom leaves for centuries. The leaves can also be ground into a powder, dried to make tea, encapsulated, or put through an extraction process to isolate and concentrate the plant’s active compounds.

These compounds, called alkaloids, are at the heart of the debate surrounding this plant. The most familiar are Mitragynine and 7-hydroxymitragynine. These two alkaloids in particular are becoming more well-researched, and we are learning much more about their characteristics and activity. They are also what gives Kratom its reputation as a strong herbal ally.

The issue is similar to that of Cannabis and CBD. While the use of Kratom leaves dates back multiple centuries, scientific data is lacking. Local prohibitions, social stigma, and lack of access have combined to limit research potential on this unique plant. Without real scientific studies, misinformation around Kratom abounds. The botanical’s reputation has suffered from alarmist messaging and tactics.

Thankfully, progress is being made quickly on this front due to the efforts of advocates all across the country. We’ll highlight some of the work being done below, when we take a closer look at Kratom’s legal status in the United States.

Kratom advocates don’t just want to keep this product legal; they also want basic consumer protections in place. While there are countless people in the community who enthusiastically promote the use of Kratom and readily share their success stories, there are also some who have had negative experiences. Most often, this is due to insufficient quality assurance on the part of the vendor rather than to the Kratom itself.

Regulatory concerns around kratom are real. Just like CBD, which is currently legal but unregulated in the United States, some Kratom vendors are unethical. Their products are not pure, their processing is not performed in facilities that use Good Manufacturing Practices, and they do not test their products with licensed third-party labs.

Legitimate concerns from advocacy groups include:

Advocates and vendors are working to bring the industry in line with accepted standards for other consumable products. Any noncompliance reflects poorly on Kratom and the industry as a whole and threatens the plant’s legal status.

Is Kratom Legal in the United States?

Kratom has been sold around the world for many years and has become increasingly popular in North America. The United States stands to be this natural product’s largest consumer market, but its legality varies from one state, county, and even city to the next.

Federally, kratom is not regulated by the FDA and has not been added to the list of Controlled Substances. This leaves the plant in a legal gray area, subject to the FDA’s discretion, and the regulatory agency has made no secret of its negative view of Kratom. Following a product seizure in 2021, the FDA’s Associate Commissioner for Regulatory Affairs Judy McMeekin, Pharm.D. released the following statement:

“There is substantial concern regarding the safety of kratom, the risk it may pose to public health and its potential for abuse. The FDA will continue to exercise our full authority under the law to take action against these adulterated dietary supplements as part of our ongoing commitment to protect the health of the American people. Further, there are currently no FDA-approved uses for kratom.”

Several attempts have been made over the last decade to classify Kratom as illegal, but they’ve been blocked largely because of the lack of scientific evidence to justify scheduling and backlash from the Kratom community. Since 2014, the FDA has published an Import Alert regarding Kratom shipments. On their own, though, they do not have the regulatory authority to actually schedule the botanical in the US.

That power belongs to the Drug Enforcement Agency (DEA), and in August of 2016 they announced that they were ready to exercise it. But when they posted a Notice of Intent to designate Kratom a Controlled Substance, thousands of Kratom consumers became activists overnight. Vendors, consumers, and advocacy organizations like the American Kratom Association, the Botanical Education Alliance, and the Drug Policy Alliance came together to fight the DEA’s decision. They based their argument on the fact that Kratom did not meet criteria necessary to schedule a substance.

This grassroots effort produced a petition against the ban with over 100,000 signatures; more than 23,000 public comments in favor of Kratom submitted to the DEA; bipartisan letters from lawmakers in Congress opposing the scheduling attempt; numerous scientists and other stakeholders speaking out against the attempt; and a great deal of media attention. The DEA did not expect such a reaction, and for the first (and only) time in their agency’s history, they rescinded a Notice of Intent to schedule. This was a huge victory for Kratom.

Despite the momentous effort from the Kratom community to prevent a federal ban, six states have criminalized Kratom (most around the time of the 2016 DEA action):

There are also bans on the books in a handful of individual cities and counties, including San Diego. Consumers, vendors, and advocates continue to push back and hope to replace Kratom bans with reasonable regulations, such as the Kratom Consumer Protection Act.

After the DEA rescinded their scheduling notice in 2016, the Kratom community had the chance to regroup and chart the best path forward. This allowed the American Kratom Association and other advocates to switch up their strategy from defending against proposed bans to proactively putting forth reasonable Kratom legislation in the states.

The most significant of this legislation has been the Kratom Consumer Protection Act (KCPA). Since 2019, the AKA and the Kratom vendor community have led efforts to pass this law in a number of states: Arizona, Georgia, Nevada, Utah, Oklahoma, and, most recently, Colorado and Oregon. This legislation regulates production and quality control measures in the Kratom industry. With the goal of protecting consumers from adulterated, untested, and misbranded products, the KCPA sets standards for factors such as:

As more states adopt these regulations, the Kratom community hopes there will be the opportunity to enact the KCPA on a federal level.

What About The Rest Of The World?

Kratom consumers were excited to learn that this traditional product was officially legalized in Thailand as of August 2021. As one of the primary growing regions,Thailand’s legalization paves the way for standardized cultivation, harvesting, processing, quality control, and export. This may also lead jurisdictions where Kratom is currently illegal to rethink their stance.

However, legalization and opinions vary around the world. Countries such as Australia, Denmark, Ireland, Latvia, and New Zealand have scheduled or similarly banned Kratom. It is prohibited but widely consumed in Malaysia and allowed for export but not domestic use in Indonesia, both countries where the trees grow freely. Since 2019, Indonesia has considered banning Kratom exports and has proposed but not yet implemented new regulations.

As recently as October 2021, the United Nations World Health Organization considered the international legal status of Kratom during a pre-review. WHO’s Expert Committee on Drug Dependency (ECDD) heard testimony from numerous scientists and policy experts and reviewed roughly 80,000 submitted comments. They recommended continued monitoring of Kratom but found that there was insufficient evidence for scheduling or banning the substance. 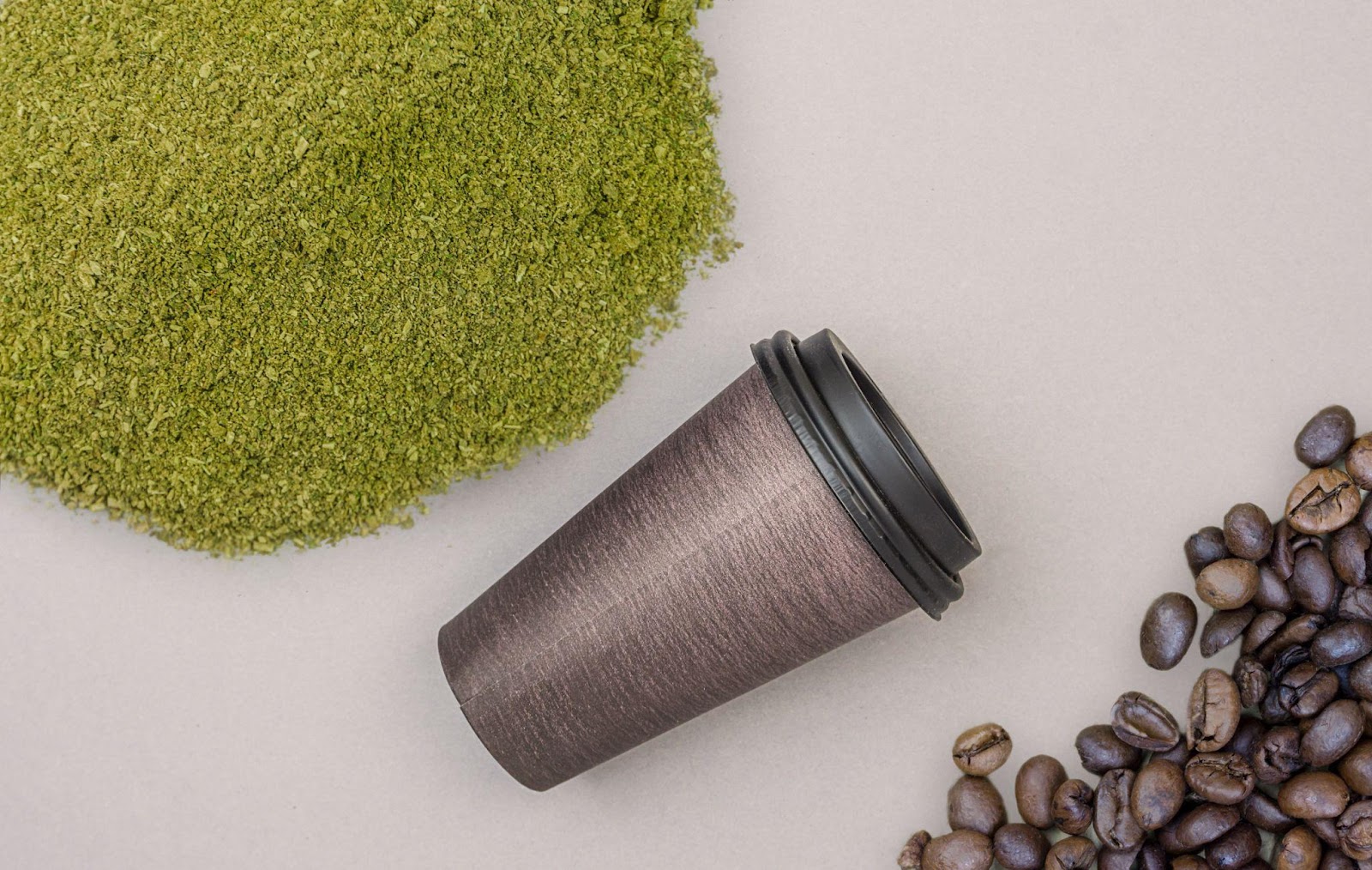 How to Identify Quality Kratom?

Just like with CBD and other natural products, ensuring vendor transparency in Kratom is key to ensuring that the product remains legal. This is why reputable Kratom vendors are happy to comply with Good Manufacturing Practices and eager to participate in advocacy efforts.

Kraken Kratom is the World’s #1 Kratom Brand, and our products can be purchased online and in retail locations around the nation. On top of our strong history and earned reputation, our defining differences include:

Our diverse range of products includes liquid extracts, softgels, gummies, capsules, tablets, tea bags, and more. We invite you to browse Kraken Kratom’s product line now or reach out with any questions.

From a Chili’s to a Revolutionary Dispensary: Good Titrations