Regardless of the four day work-week, there was a lot going on, from the Cannabis Regulatory Commission’s meeting to legislation that is slated in Congress once more for an end to federal prohibition.

The theme to this week’s coverage is a concept that may seem as old as time itself — decisions.

All of these things and then some were covered at a long CRC meeting and one thing was clear: residents and business owners alike want clear guidance within the cannabis space.

We always knew that getting over the initial hurdle of local prohibition was the easy part.

Now comes arguably the most frustrating, criticized and influential part of the process.

The intersection of business concerns, want for clear guidance, ethnic and medical trauma, justice reform and economic equity were all on display at the meeting, showing once more that the business conversation around cannabis is anything but.

Those concerns and how they are addressed will essentially decide what this industry is and isn’t.

Breaking down all of those interesting intersections, we have a reporter’s roundtable that dissects the massive amount of information that was present throughout the meeting.

On the additional reportage front, Amanda Hoover delivers an article on municipal concerns and funding for certain programs that interact with medical cannabis as a treatment.

Jonathan Salant gives us the latest in D.C. on what the hopes are for Friday in Congress as an end to federal prohibition is introduced yet again through the MORE Act.

This week, I spoke to CRC chair Dianna Houenou about barriers to entry, what’s making the RFA process take so long, testing and more. Look out for the conversation ahead of our event.

Additionally we have a column from Stockton University cannabis professor Rob Mejia on what social equity will mean for the Garden State and beyond.

Also, don’t forget, we have an event next week that’s going to dive into municipalities throughout a two day period. More topics include what you need to know about your cannabis facilities and winning a microlicense.

We’re also thrilled to announce that we have Portland, Oregon cannabis czar and Cannabis Regulators of Color Coalition chair Dasheeda Dawson returning to our event to deliver a keynote that was extremely popular with our New York audience on the future of what the cannabis space is capable of accomplishing from an equity perspective. 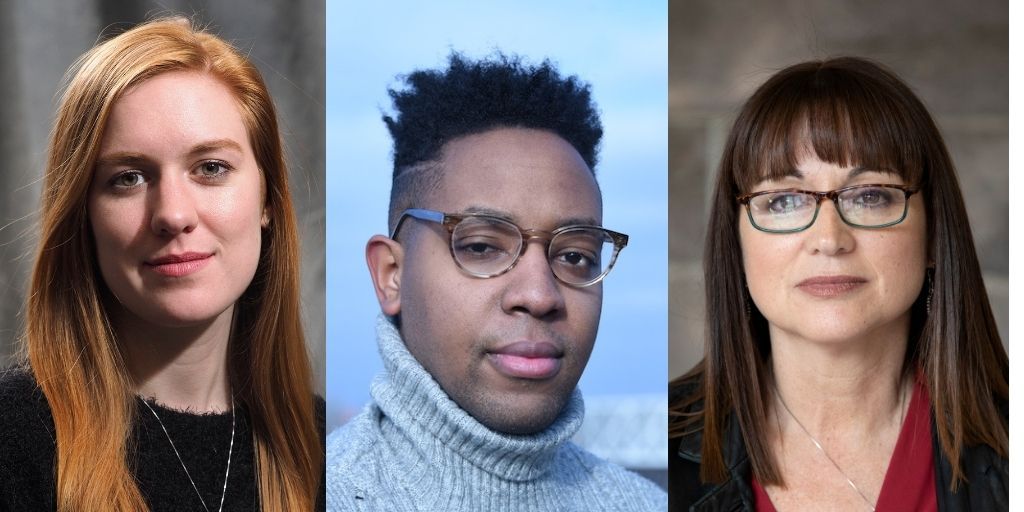 Jelani Gibson: Welcome to our June reporters roundtable on the Cannabis Regulatory Commission meeting from this week. Large topics of debate included municipalities, ordinances, edibles and overall equity. So, let’s get to it. What was everyone’s initial take?

Amanda Hoover: It was another long meeting, with dozens of people testifying. These meetings have seen high engagement compared to your average public meeting. We heard a lot about towns here, and the concerns they have with the deadline to opt-in or opt-out. The commissioners seemed to take that away from the meeting. Sam Delgado mentioned the need to work closely with the League of Municipalities and one or two others talked about the way this is playing out in their own communities, and how they see concerns from towns vary across the state.

Susan Livio: As someone who covered the medicinal marijuana law from its draft stages a dozen years ago, I see signs of progress and stagnation. Three satellite dispensaries are ready — two from Curaleaf in Edgewater Park in Bordentown and one from Ascend, formerly Greenleaf, located in Fort Lee. But then I am struck by how little has changed in terms of products on the market. The only true edible is a lozenge. We have 111,000 patients and no real edible market to speak of. The frustration was palpable.

Gibson: That frustration is going to continue to be a pivotal point of criticism as the market matures. There’s currently no precedent in other legalized markets for a fully realized adult-use industry that does not offer edibles and another sticking point — homegrow, which is more on lawmakers than it is the CRC. The medical and equity concerns that were also brought up seemed to be a recurring theme. That edibles were not just a matter of adult-use products, but also a matter of more substantive medical options that a more diverse array of business owners and consumers could get into. Not having an increased edibles market does not seem like a long-term sustainable strategy.

Livio: A lot of the agita around edibles would go away if the proper labeling is applied so it’s clear what is an actual serving. Ken Wolski from the Coalition for Medical Marijuana-NJ said edibles got a bad name after some high-profile people publicized their negative experiences with overdoing it. (See Maureen Dowd). Fear continues to rule.

Gibson: Sigh. I remember that. A New York Times journalist having a meltdown over an edible. What was quite frankly amusing to the more experienced also had real ramifications. People in positions of power, including the media, have a lack of education about edibles. Another one of Wolski’s points and continued points from others was that education was a better route than prohibition, which is the overall message of the cannabis space to begin with.

Hoover: One of the overarching points on the edibles and concentrates was that limiting them won’t make New Jersey safer. Several speakers said people will either buy more of a lower potency or seek them out on the illegal market. It’s the same argument we heard for legalizing cannabis — it’s not going away just because the state bans it. I think that idea could drive home the point for expanding edible and concentrate access.

Livio: I’ll be interested to see how the commission regulates “high-potency” cannabis products. Some folks made the point that some forms of alcohol carry a higher proof. So does weed. The industry is pushing for letting the market dictate what should be sold. Dr. Mikhail Kogan, physician and associate professor at George Washington University, said what is needed is robust testing early on so people know what they are buying. I am not clear whether NJ has stepped up its game yet in testing.

Hoover: That was the other takeaway from the meeting: the CRC approved interim third party testing, using Maryland’s standards. They devoted a whole meeting to hearing comments on what state might be best for New Jersey to emulate until the commission can come up with its own standards. Maybe this will bridge the gap for now.

Gibson: In a way it was tactically smart to do that since the market can immediately benefit from third-party testing. The additional factor surrounding that is how the final policy will stack up against the Maryland policy and what is or isn’t going to be stricter. Increased testing is a matter of safety and quality, but can also form the basis for more research and customizable experiences for consumers. In my previous reporting a lot of operators were interested in that dynamic.

Livio: Zack Katzen, who sits on an advisory committee to the mayor of Atlantic City, raised an interesting proposal. He questioned why consumption lounges must be attached to a dispensary. He said AC could easily host cannabis conventions but there have to be more options for consumers. There is one operating dispensary and one proposed. He’s got a point. The law would need to change, so that’s not a quick fix. But it should give the commission something to think about. AC could really benefit from the legal weed market.

Gibson: Questioning why consumption lounges need to be attached to a dispensary is the elephant in the room that everyone feels like speaks to barriers. It also speaks to…