Over the past couple of years, employers have begun to abandon something they have been doing for decades: pre-employment screening for cannabis use. Sometimes, the reasons are purely practical, like not being able to find enough cannabis-free workers to staff their workforce. Other times, state or local laws make it difficult or impossible for companies to require a pre-employment test.

Determining how many and which companies have eliminated the practice is not an exact science, as few companies have announced the change publicly. Here, we draw upon our experience as employment lawyers to discuss practical and legal reasons why pre-employment screening for cannabis may be fading.

According to the Centers for Disease Control and Prevention, about 18 percent of Americans used cannabis at least once in 2019. That number likely has gone up over the past three years. In today’s tight labor market, some companies have found it untenable to turn away a proportion of otherwise qualified job applicants.

For instance, in 2021, Amazon announced it no longer would include cannabis in its pre-employment drug screen for positions not regulated by the United States Department of Transportation (DOT). Instead, according to Senior Vice President of People eXperience and Technology Beth Galetti, the company would “treat it the same as alcohol use.” Amazon did not cite staffing difficulties as a rationale for its decision, but a leaked internal memo reviewed by Vox’s Recode indicated the company may run out of workers to hire for its warehouses by 2024, suggesting such challenges may have been a factor.

Other private companies also have disclosed they no longer are testing for cannabis. Maine shipyard Bath Iron Works still conducts pre-employment drug tests but, depending on the position, does not withhold job offers based on positive results for marijuana. Likewise, MaineHealth, a healthcare network and Maine’s largest private employer, has eliminated pre-employment cannabis testing altogether, with the exception of certain safety-sensitive positions.

Another practical reason for the move to abandon pre-employment testing? There is no reliable test to determine whether an individual is acutely impaired by cannabis at any given moment. Cannabis, if used consistently, causes THC to accumulate in the body and linger even after periods of abstinence. The substance can be detectable in blood and urine for up to a month and in hair for much longer periods.

To be sure, developments in testing technology—such as oral-fluid testing—are beginning to close the gap on this problem. Studies show cannabis is detectable in oral fluids for only a day or two, meaning oral-fluid testing is a timelier alternative to blood or urine testing. Recently, even the DOT has proposed changing regulatory requirements to permit use of oral-fluid testing as an alternative to urinalysis. However, the issue of acute impairment persists, as oral-fluid testing still does not reveal whether the person being tested is impaired at the time of the test. Accordingly, if the goal is to prevent individuals from being impaired while working or at the time of a drug test, current testing technology does not accomplish that.

Because of federal prohibition, laws that authorize cannabis use are enacted at the state level and can differ by jurisdiction. The limitations of testing technology and other considerations have led some states and cities, as part of their statutory schemes authorizing cannabis use, to make rejecting job applicants based on a positive test alone unlawful.

For example, New Jersey authorized adult use in 2021. Under the state’s law, employers are prohibited from taking negative action against an individual solely due to the presence of cannabinoid metabolites in the person’s bodily fluid from engaging in legal conduct. Although testing for cannabis technically still is allowed, the results of a test alone cannot serve as the basis for an adverse employment action. Consequently, some New Jersey employers may be considering whether pre-employment cannabis tests create a risk that outweighs their value.

New York City has gone a step further. In 2020, the city’s Human Rights Law was amended to make pre-employment cannabis testing illegal with limited exceptions. The law (N.Y.C. Admin Code, tit. 8, § 8-107(31)) prohibits employers, labor organizations, and employment agencies from requiring a “prospective employee to submit to testing for the presence of any tetrahydrocannabinols or marijuana in such prospective employee’s system as a condition of employment.” In other words, simply performing the test, regardless of whether the result gives way to an employment decision, is unlawful.

There are limited exceptions to the law. For example, pre-employment testing is allowed for police officers, certain construction workers, and caregivers of “vulnerable persons,” among others. Pre-employment testing also is allowed for positions “with the potential to significantly impact the health or safety of employees or members of the public.” The law provides some criteria for this broad category, but there already has been litigation over which positions it covers. This could result in employers being unsure whether their open positions are exempt, causing them to abandon pre-employment testing rather than risk exposure to legal claims.

There are economic, technological, cultural, and legal reasons why pre-employment cannabis testing may fall out of favor. Whether the current trend will continue remains to be seen.

On the other hand, although certain factors weigh against continued testing, others weigh in favor of the practice. For example, in some situations, employers may face potential liability for injuries caused by employees who are under the influence of drugs or alcohol. Whether absence of pre-employment testing may increase the chance of legal exposure in these situations is not black and white. In still other circumstances, employers have no choice but to continue testing based on federal laws that regulate their industries.

Although there may be ample reason to abandon pre-employment cannabis testing, employers should consider their options carefully with legal counsel before doing so.

Ruth Rauls, a partner at Saul Ewing Arnstein & Lehr, concentrates her practice on representing management in employment disputes before federal and state courts and agencies. She also advises clients about compliance with the continuing changes and updates to state law, including specific state-law and state-court decisions addressing cannabis use by employees in both medical and adult-use jurisdictions. 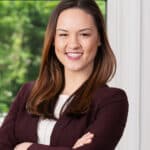 Sondra Saporta is an attorney on Saul Ewing Arnstein & Lehr’s labor and employment team. Her practice focuses on assisting companies with employment litigation matters and helping clients minimize their legal risk by advising them about compliance with federal, state, and municipal laws. She also represents businesses in commercial litigation and government investigations.

How to Generate Hundreds of Qualified Leads

The Best Cannabis Holiday Gifts for 2022

The Best Cannabis Holiday Gifts for 2022

High On Terpenes: Aroma, Not THC Levels, Determine the Subjective Appeal of Cannabis

What Kind of CBD Helps With Weight Loss?

The Beginner’s Guide to CBD and Sex

4 Predictions for the U.S. Cannabis Market